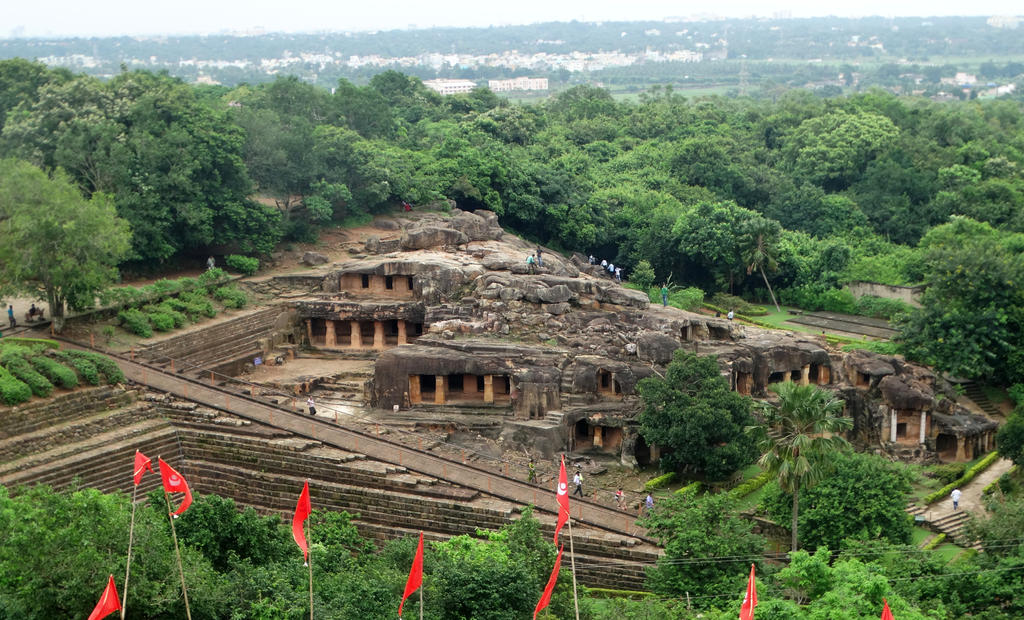 "Udayagiri" means the mountain of the sunrise, and is a historical Hindu ritual site home to twenty rock-cut caves near Vidisha, Madhya Pradesh. Otherwise known as 'Vishnu Padagiri' meaning "the feet of Vishnu", the Udayagiri Caves are extensively carved with iconographies of Hindu Gods, namely Vishnu, Durga and Shiva containing legendary stories of the gods and their shrines. Udayagiri hills hold twenty caves dedicated to Hinduism and Jainism sculptures from the Gupta Era. Among which the most prominent one is the fifth cave which is famous for the ancient monumental statue of Lord Vishnu in his incarnation as the Boar-Headed Varaha rescuing Bhudevi (earth).

The passage starting beside cave eight is another unique feature of Udayagiri. It consists of a natural canyon that runs from east to west of the cave. Although the passage has been subject to modifications, the set of steps carved onto the floor is a significant attribute of the caves. The locale has substantial inscriptions of the Gupta Dynasty reigned by Chandragupta Maurya. This 5th-century monument is home to rock shelters, petroglyphs, epigraphs, fortifications which are all subject to the Archeological Survey India.