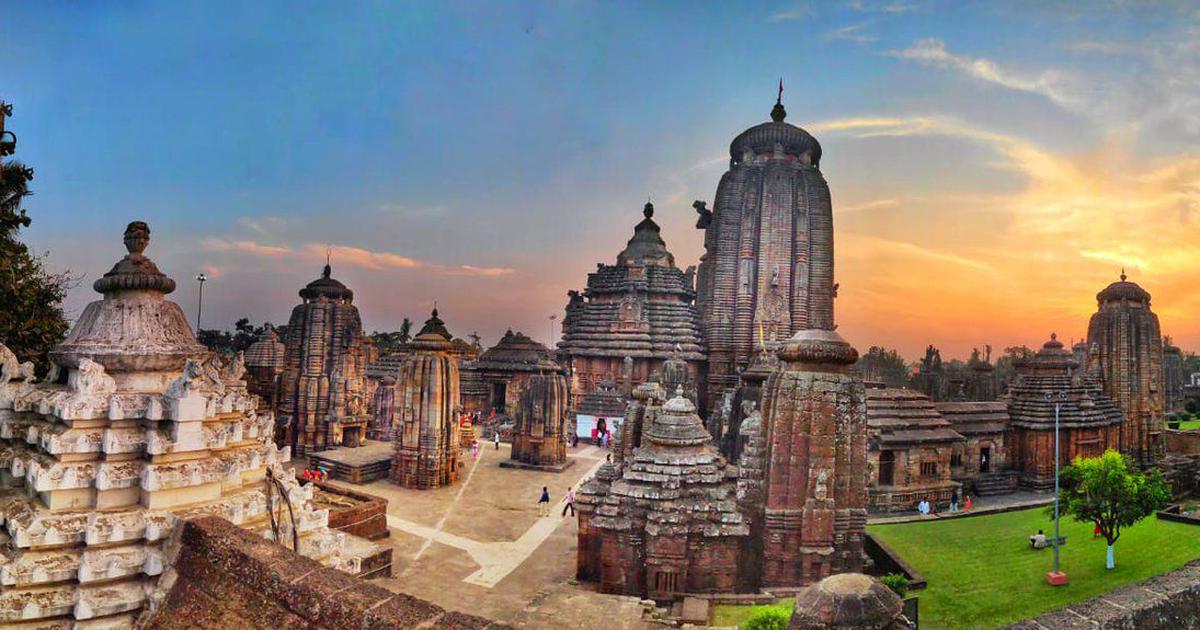 The Lingaraj Temple is an ancient temple situated in the city of Bhubaneswar and is the largest one situated in the city. Dedicated to Lord Shiva as the name suggests, the temple was built in the 7th century by the King Jajati Keshari. It is highly revered because of the fact that the Linga here, which is the phallic form of Lord Shiva, is believed to have appeared naturally. It rises to a massive height of 8 inches above the floor level and is about 8 feet in diameter as well. Lingaraj Temple is located in the old part of Bhubaneswar Town and can be easily reached using local transport.

The edifice of the temple is a great example of the Odissi style of architecture and has intricately designed stone vaults covering the main sanctum of the temple.  A small temple dedicated to Goddess Bhagawati is located in the northwest corner of the courtyard as well. However, entry is restricted to the followers of the Hindu faith only. The Lingaraj Temple is especially famous for its Mahashivratri celebrations when the whole sanctum is dressed up in flowers, lanterns, and lights. The temple has as many as 6,000 visitors on a daily basis with Shivratri being a major day of celebrations when this number surges to as many as 200,000 visitors.

Every year several festivals are celebrated in this temple which adds more charm and allure to its divinity. Chandan Yatra, Rath yatra and Shivratri are among the most popular festivals, presenting a sight of pure devotion.

Perhaps the most famous festival at the Lingraj Temple is Shivratri, which is celebrated annually in Phalgun month. Thousands of devotees throng the temple to make offerings to Lord Harihara as they fast throughout the day. The main celebration takes place during the night when devotees break their fast after the lighting of the Mahadipa which is an enormous earthen lamp.

Chandan Yatra or Sandalwood ceremony is another one of the main festivals of Lingaraj Temple. The celebrations of the same last over a period of 22-day when those who serve the temple disport themselves in a specially made barge in Bindusagar tank. Both the deities and devotees are sanctified with sandalwood paste to protect from the heat. Dances, communal feasts and merrymaking are arranged by the people associated with the temple.

Ashokashtami sees splendid celebrations of Lingaraj's Rath Yatra when the deity is taken to the Rameshwar Deula Temple seated atop a chariot. Devotees pull the colourful chariots of Lingaraj and his sister Rukmani to the temple, which is considered to be the greatest service of the Lord.