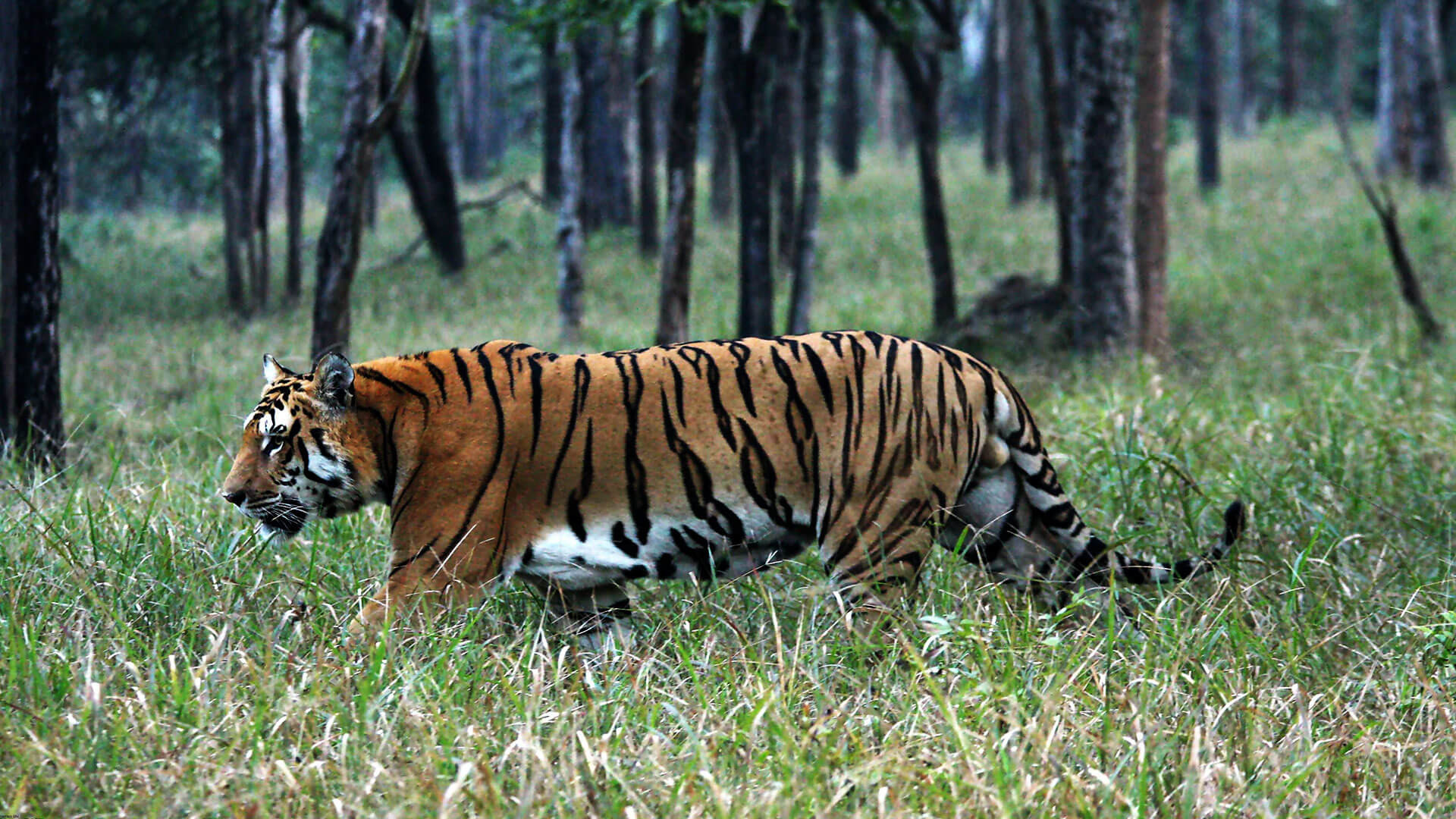 A picturesque and scenic town in Orissa in the area of Marurbhanj, Simlipal was once a hunting ground for the erstwhile rulers of Marurbhanj. The area is today being credited with the largest wildlife sanctuaries of India and is also considered as one of the main tiger project in India. Being derived from the name of the silk cotton tree which is locally called as Simul, the area of Simlipal is enriched with dense forests, striking meadows, startling waterfalls and mind blowing rivers and is positioned at a plateau with an elevation of 900 m. The area of Simlipal reserve is gifted with great bio-diversity and ultimate varieties of faunas in the ranges with the ambience of cool breeze emerging out of the dense forests. The lushly ambience of Simlipal has been recognized as the perfect location for forest camping which is open for the tourists during the best season of Nov to mid- June.

Also known as Simlipal Elephant Reserve, it is a complete ecosystem with forest vegetation along with the adjoining Santhal tribal settlements. The total reserve area is accomplished with 2,750 sq kms (1,060 sq mi) at an average elevation of 559.31 meters (1,835.0 ft). However, the entire Simlipal area is undulating, rising from 600 meters (2,000 ft) to 1,500 meters (4,900 ft). The high hills of Simlipal surround Meghasani, the highest peak in the national park. Summers are very hot with temperatures around 40 °C (104 °F) whereas the temperature during winter months can be as low as 14 °C (57 °F). the average rainfall can be witnessed from the ranges of moderate to heavy.

Originally being the hunting ground for the kingly rulers of Marurbhanj, Simplipal was designated a tiger reserve in the year 1956 and in May 1973 the essential part of the Project Tiger in May 1973. This is the same reserve where the famous "Mugger Crocodile Scheme" was started in 1979 and as a consequence, in the same year the Government of Odisha declared Simlipal as a wildlife sanctuary by covering an area of 2,200 square kms (850 sq mi). Further 845.70 square kms (326.53 sq mi) of area was added into it and in 1994, it was declared as a biosphere reserve. Pleasurably, in May 2009, UNESCO also added this national park to its list of Biosphere Reserves. But unfortunately, this is allocation which is yet to be declared as a full-fledged national park despite of its status of being among one of the fifteen biospheres of India; reason being, the presence of around 10,000 people living in its 61 villages that brings too many human interferences to its development. Today, Simlipal has occupied a total area of 2,750 sq kms.